Succubus Daemon is a type of game card in the Netrunner collectible card game designed by Richard Garfield and published by Wizards of the Coast. The Succubus is a type of program daemon which can be used to attack servers and other programs in the game.

Netrunner depicts cyberspace combat between a global mega-corporation (the Corp) and a hacker (the Runner). The Corp's goal is to complete their secret agendas before the Runner can hack in and spoil their secret plans for world domination. This is not simple however as the Corp has strong defensive data forts protected by malevolent computer programs known as ICE (short for Intrusion Countermeasures Electronics). The Runner must use special programs of their own (called Icebreakers) to break through and steal the hidden plans in order to keep the Corp from taking over completely. All this is paid for in the game by a system of resources called bits (representing currency), which are earned and spent during the course of play. A feature of Netrunner is that each side has different abilities and uses completely different cards distinguished by alternate card backs. This contrasts with most other Collectible card games, which usually depict a "battle between peers" where each opponent draws upon the same card pool. While a player does not have to play both sides, except in tournament play, it is commonly held that a firm understanding of both approaches leads to better overall player ability. 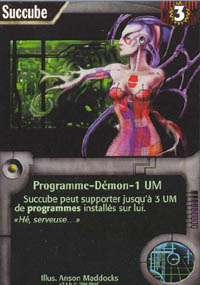