The Moon, The Madness, and The Magic 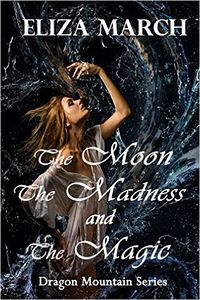 The Moon, The Madness, and The Magic Reissue eBook Cover, written by Eliza March 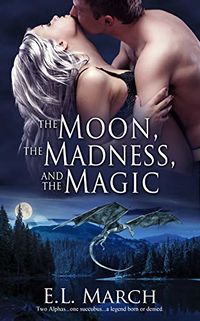 The Moon, The Madness, and The Magic Second Reissue eBook Cover, written by Eliza March

The Moon, The Madness, and The Magic is a novel written by Eliza March. It is the second, in later releases, third work in the Enchanted Mountain series by this author. In this work the character Celeste is a fae shifter who has same of the powers of a Succubus.

Fate sealed Rourke and Dane's destiny thirty years ago. Now Celeste, a fae shifter, understands why she's irresistibly drawn to both the Werewolf and the Demon Dragon Shifter. Surely with her succubus nature, she'll be capable of seducing the two alpha men, but will she be able to convince them that sharing her to fulfill the Prophecy would be better than the alternative: chaos, destruction, or death? Why are the men's tastes--in everything from food to sex--changing? Maybe because one is the prince of the wolf pack, and the other is the leader of the Lore, a dreaded Demon Dragon shifter. They have one option--accept their destiny and complete the menage bond or die.