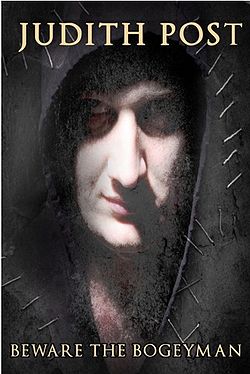 Beware the Bogeyman is an eBook written by Judith Post. It is part of the Babet/Prosper series by this author. In this work, several characters are Succubi.

Children are disappearing in River City. Witnesses tell Babet and Prosper that a tall, dark man prowls the streets with a bag draped over his shoulder. The voodoo priestess says that he's visited River City before. The witches agree. But who is he? What is he? And how does anyone stop him?

The following review was originally published by Tera on her Blog, A Succubi's Tale on December 21, 2014

One of the more interesting series that I have been coming back to from time to time is hte Prosper/Babet series by Judith Post. It is a fascinating universe with truly unique characters and stories…

Oh, and a Lilith that is someone that really speaks to me in many ways. Perhaps it is how she holds herself, her style, her… knowing. It seems very comfortable and familiar to me at least… Even if she only appears for a short time and then fades into the background…

One of the most amazing parts of this series is the author taking myths and legends and turning them into something more. They became very clear, distinct personalities, even if they are minor ones, and that makes the works very engrossing reads.

The story starts out, seemingly going in one direction and quite suddenly it takes a turn into something I didn’t expect. That, to me at least, is wonderful. It is because the paths taken open moments to those in the series that you really do want to know more about. And we do, to a point, thankfully without massive information dumps which I know isn’t an easy thing to accomplish.

One of the most interesting characters to me is Lilith. She is, as you might expect, the “original Succubus” but the thing is… She isn’t what one might expect. She’s thoughtful, strong, compassionate about those she cares for. She has power, quite a lot of it, but does not throw it into the faces of those around her. She is elegant, almost regal, and has an air of… knowing… about her. All of this just makes me adore her the more each time she appears.

She does remind me of someone. In that, it makes me want to see and learn so much more about her. She is not, as they say, the typical Succubus. And really that is the thing that makes her stand out even more here.

It is simply a wonderfully told tale of losing and finding for many. Things learned, understanding made and in the end, new paths opened. I think I have read this series out of order to be truthful as some of the questions I had when looking back on my previous reviews on the Tale about this series have been answered here. Still, the discovery of relationships, desires, and more importantly, wants and needs… is captivating…

I’m giving this work four out of five pitchforks.

I would absolutely love to have one of these stories focus on Lilith alone. There is so much to tell about her and she tugs at my own thoughts and actions… Perhaps it is personality, perhaps something more. Whichever it is… I do adore her…