For other uses of the word Lilith, see Lilith (disambiguation). 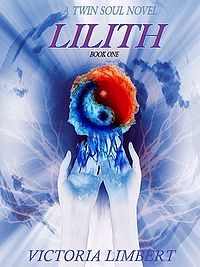 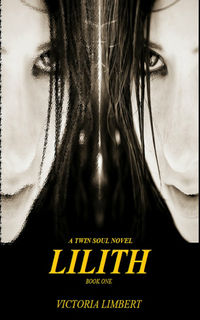 Lilith is an eBook written by Victoria Limbert. It is billed as the first work in the Twin Soul series by this author. In this work, the main character Annette holds the soul of Lilith within her. As well, one of the main characters is described as an Incubus.

After a traumatic event suffered at a young age, Annette Anderson believes she had been cursed with the 'Sight'. The ability to see the Hellworlds and demon souls drove her in to a world of sin and sex, attracting the unwanted attention of the Underground. After months of torture, the She-demon, Lilith, attempted to take Annette's body and drive out her human soul. Unexpectedly, Annette's soul fought back, trapping Lilith, leaving them to reside together on a shaky truce.

Along with the help of Michael Daltry, a detective with the Metropolitan Police and Rowan, a demon ordered to protect them, Annette and Lilith must work together to uncover the reasons behind a spate of grisly murders that has hit the the busy city of London.

If they fail, it will truly be Hell on Earth!

The following review was originally published by Tera on her Blog - A Succubi's Tale on May 19th, 2012

Annette is a university professor with a rather large problem. In her youth she made a tragic choice and found herself thrown into the world of the supernatural… She almost didn’t survive. But the price for surviving, for living, for not allowing her soul to leave her body was that she then had to share her body with the Succubus… Lilith.

This meant that she has suffered, been abused and worse for most of her life. But she got away, for a time, from the demon world and back to Earth. The problem now is that one of her students is missing, many are dying around her, and she is forced once again to battle those that which to destroy her and humanity as well.

I found it a really interesting idea for Lilith to inhabit the same body as a “mortal”. More so that they talked to each other, to a point, and the questions, secrets, and emotions that brings out in both of them. I won’t spoil the ending, but it seemed… right. The moments between them reminded me of the mythos of my own Realm and those within it and I found myself considering those relationships more than I have been before.

While the overall story has a good deal of blood, horror and pain in it, there are tender moments. Those really are important at least to me, as they break up the sheer about of pain that Annette must face. There is a relationship in the story that she becomes involved in which is… complicated to say the least. The funny thing about that is I can understand why she is torn, confused, and lost in it. Choices are a hard thing to make and Annette makes a lot of those. Some turn out to not be the best ones for her…

Lilith is, quite simply, an enigma in this work. Oh there are hints about her, some moments when you have to stop and wonder to yourself… What is she thinking really? And why is she acting or talking that way. To be honest, they are the same reactions that Annette asks herself all of the time, but Lilith knows what she is thinking, but Annette doesn’t know what Lilith is… That’s really a layer of both of these characters that makes them deliciously fascinating.

There is a rather large cast of secondary characters, but you would expect that in a story like this. Many different demons, all of which are quite evil of course. A few vampires, and some humans scattered about as well. All of them are interesting in their own way, which helps a lot considering that if they weren’t the story would suffer for that.

I think the best thing I can say about this book is that at the end of it, I really wanted the next story right that moment. Many plot lines to look into, many stories to be told, and the reveal at the end just make me pause and condor what it means for all of the characters in the story.

That is the mark of a good writer. To tempt you with the story to come and make you want to see it happen. I certainly fell into that trap and I can hardly wait for the next story in this series.

Excellent writing, real characters, lovely meaty plots which I enjoyed. A bit too much on the horror side, that could have been toned down a shade and the relationship, both platonic and otherwise ramped up some instead.

A wonderful universe to explore, and I think that there is so much more to be told…

I’m giving it four and a half pitchforks out of five.

I just had a problem with some of the pain and suffering in the story. That’s my own personal view, some may not see anything wrong with it, but to me at least… The story was strong enough, the characters strong enough, and the author’s writing powerful enough that the story really didn’t need to stray in that direction…

The next book I look forward to seeing, and I do hope that the author manages to keep Annette’s quirks and personalty in spite of what happens to her. She’s interesting, unique, and losing that would be a shame honestly…