How to Summon a Succubus (eBook) 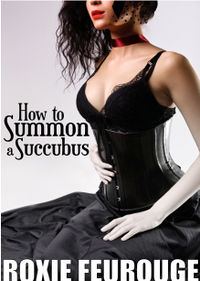 How to Summon a Succubus Alternative eBook Cover, written by Roxie Feurouge 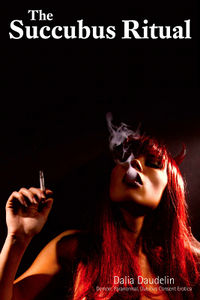 How to Summon a Succubus is an eBook written by Roxie Feurouge. This work has also been released as The Succubus Ritual under the author name Dalia Maudlin and then was released in 2016 as Succubus Seductions under another author's name. In this work the character Meridiana is a Succubus.

Meridiana the succubus has been without a victim for 23 years, when suddenly an influx of internet users start using the ritual to summon them. David is a young man in college who finds just such a ritual on the internet- but gets one of his ingredients wrong, and so he is at Meridiana's mercy. Will he regret summoning a sex demon?

The following review was published by Tera on her Blog, A Succubi's Tale on December 30, 2012

David asks on a website for a method to summon a Succubus and he gets one. The problem is that he doesn’t know all of the traps and pitfalls and Meridiana, the succubus he summons, is more than willing to take advantage of that…

I think the main problem I have with this story was that it was very short and as such it became simply a hot flash or a stroke erotica story. That’s a shame really as the beginning of the story held a lot of promise really, but when it got interesting… it stopped being so for me.

Meridiana’s background story was interesting, and I would have liked to know more about it, but in this case it was setting only and the story moved away from that as quickly as possible. Past that, we watch as Meridiana watches and plans as David does the same and then summons her. Everything after that is sex really with not much else happening.

When Meridiana springs her trap, that is an odd moment, but it makes sense in the story. What happens to David afterwards is a bit brutal and the ending was, really, quite expected to be honest. I thought I would like her at the beginning of the story, but that soon faded away as her personality was all “gloat and be evil” and not a lot else. That’s kind of thin as a character and I have issues with it.

I have to wonder if the author might have been better served to not end the work with the first meeting of David and Meridiana, but to tell about the week she is there. I think that would have made for a better story, better characters and involved me more in it.

Three pitchforks out of five.

The story didn’t flow well for me, I didn’t care for Meridiana all that much as well. It was short, much too short and really it could have been more than a stroke story…